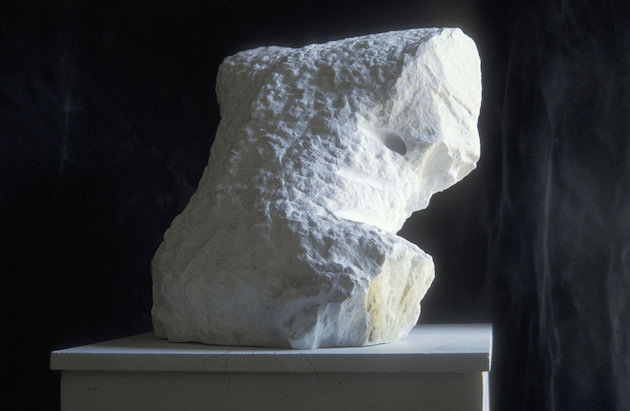 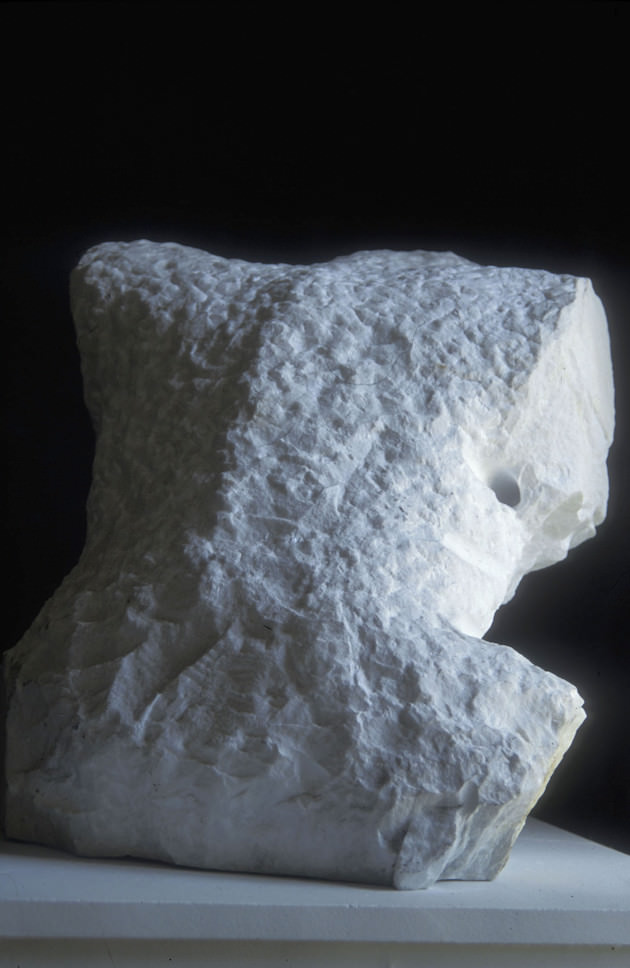 PROMETHEUS FALLEN is a deconstructed, life-size, marble torso. Its name comes from its originally intended design. I began the work with the intention of creating a classical, representational Greek sculpture, the subject of which was to be Prometheus chained to his accursed rock along the Aegean. After a considerable amount of work on the piece I struck a weak pocket in the stone and Prometheus was unable to retain his left leg. After leaving the work for several days I returned with the idea of still creating a human form, but creating something more rough and emotional.

PROMETHEUS FALLEN is a work that marked a transition for me. Prior to and during the initial phase of its construction I would not allow myself to use power tools when working with stone. I relied solely upon hammer and chisel. When I returned to finish the sculpture I allowed myself to use pneumatic tools. I found they did not inhibit my connection to the stone as long as I interspersed their use with the more primitive tools as well.

I have created very few stone works and at this time âPROMETHEUSâ is the only work I show - albeit rarely.