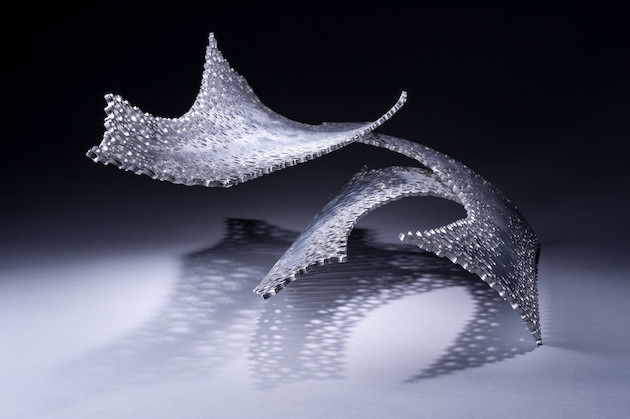 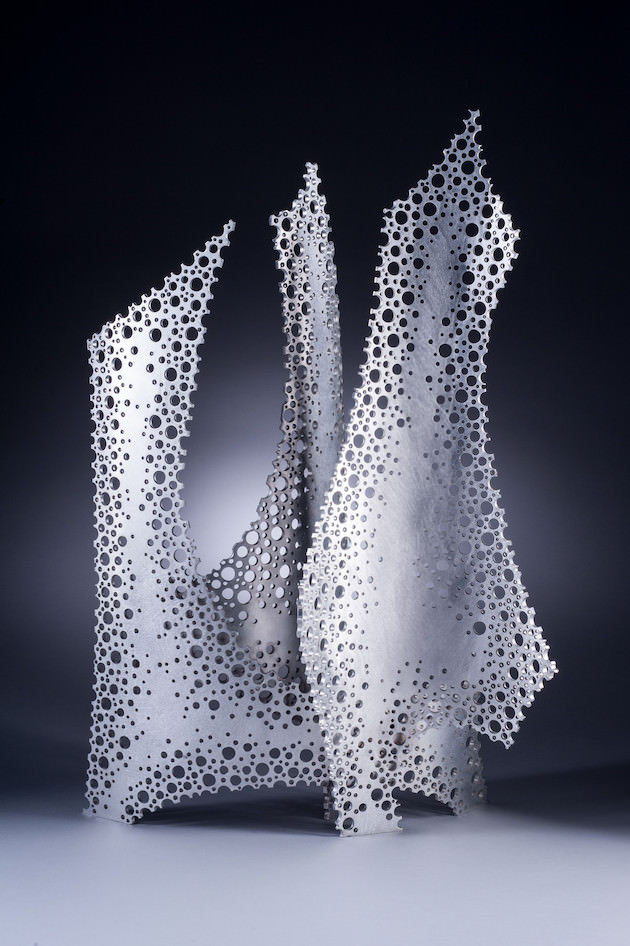 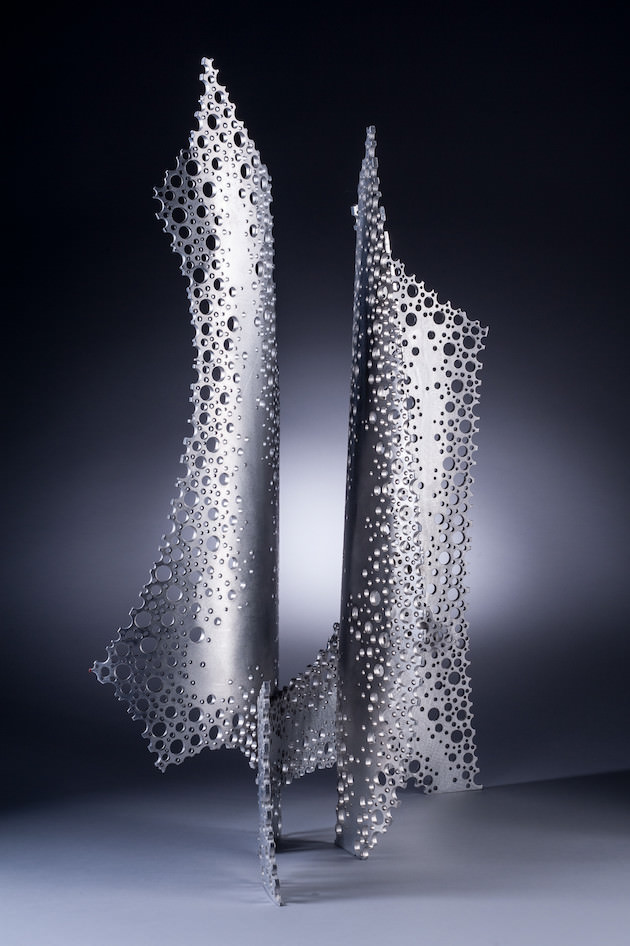 About Aluminum Bastion I

The Bastion Series of sculptures are an evolution of my Rampart Series. They are interpretations of the perfection and chaos of land formations, and in particular mountain ranges. The geometry and motion of many land formations are both simple and complex and at the intersection of those two ideas is the realm in which the Bastions reside. In a macro sense, mountains are simple gestures; curves, buckles, foldsâ¦ When looked at on a more micro scale they reveal an infinite variety of chaotic forms. These simple forms that cast complex shadows interpret and mimic that energy. When beholding mountains, the atmosphere that surrounds them is a integral part of their presence. I strive to capture something of the space around them, their atmosphere, with the negative space, shadows and reflection of the sculpture.