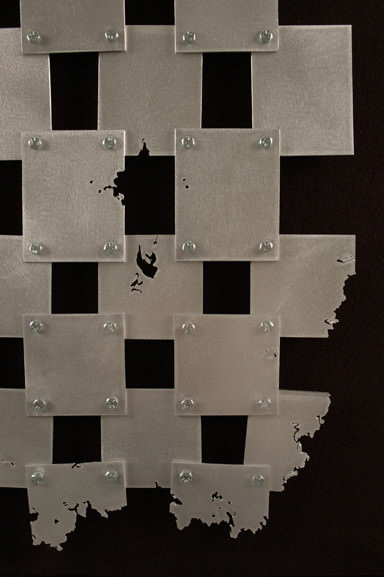 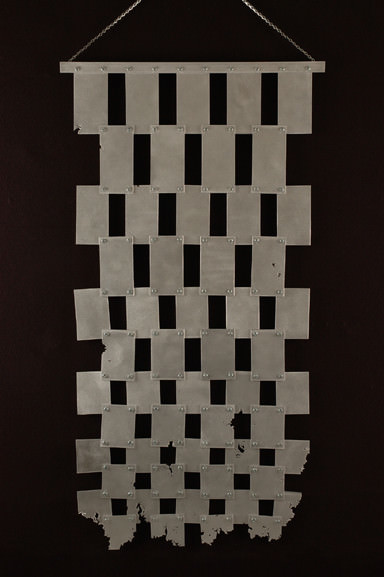 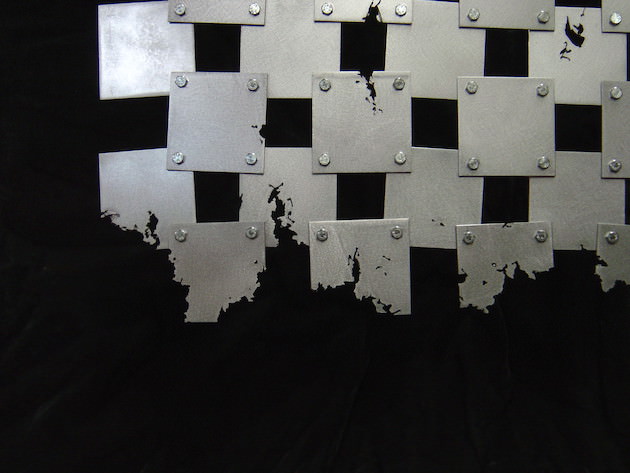 TATTERED BANNER #1 is an aluminum wall hanging meant to evoke a ceremonial flag, or banner, with a history - an unknown history which the viewer is left to ponder and invent. The overt technology inherent in its materials and construction juxtaposed with the implied age and wear imparts both the past and the future, a known and an unknown. The known, however, is just as much an illusion as the unknown, giving the viewer fertile ground for an imaginative stroll of possibilities.

Did you get all that?

I enjoyed making this piece and intend on playing with the "banner" concept for awhile. I also appreciate the fact that aluminum is a relatively light material, as the joy and appeal of making large metal sculptures can often be tempered by the reality of moving very heavy items. Aluminum distresses under heat in a way that I find interesting, as well.

TATTERED BANNER #1 now resides in a beautiful, modern loft in downtown Washington, DC. The space features a good deal of exposed concrete and tall, white walls. The decor is tasteful, modern and minimal. This sculpture was, in part, created for and inspired by that space.