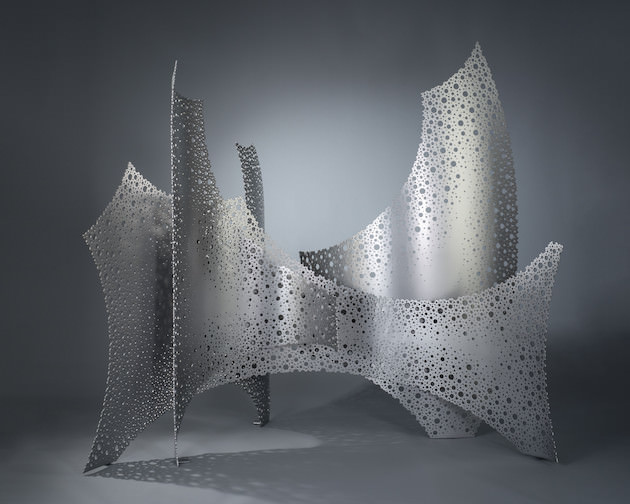 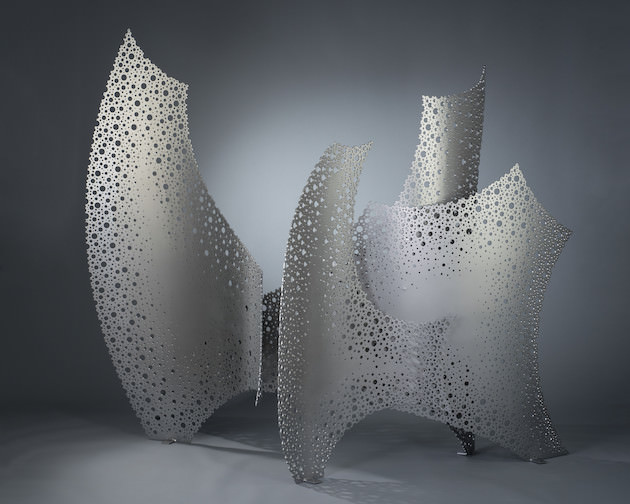 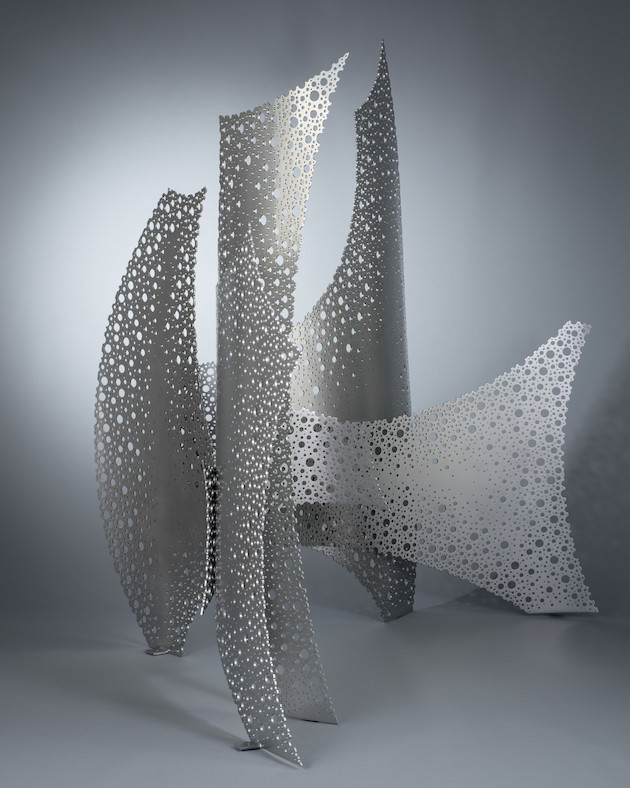 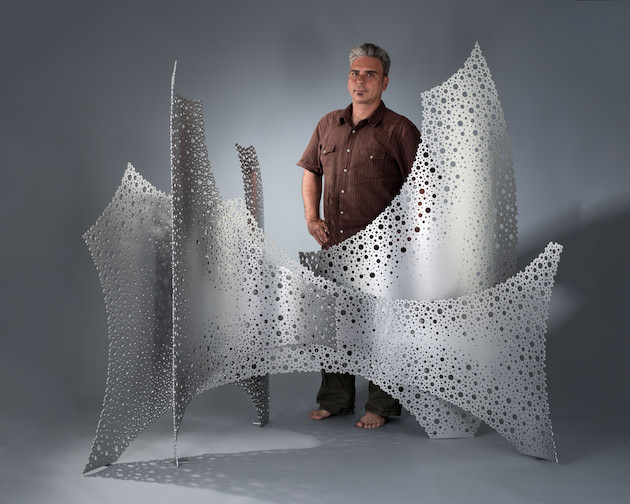 About Ocean Bastion I

This Silver Ocean Bastion was originally conceived as a mountain meditation, inspire by my first bastion sculpture the Aluminum Bastion I. However; from the beginning I of it creation I knew it was mean to be installed in a prominent location on a luxury ocean-liner. As the piece progressed thoughts of mountainous waves rising and falling upon the ocean consistently intruded upon my alpine musings. Ignoring them as I could, I pressed ahead with the design and fabrication. It was only after the completion of the welding of the first three elements (when it was intended to be completed) that the obvious ocean wave imagery appeared to me. After the first three elements were welded into place, I went back the the drill press and constructed a fourth piece to complete the balance and sea-like flow of the sculpture.

I feel that the visual dynamism added through the many holes seems to work just as well when referencing the visually changing nature of waves as it does for imparting the visual and physically evolving nature of mountains. As I searched for a title for this sculpture I could not exclude the ocean from its name, and while there were many possibilities that came to mind, the title Silver Ocean Bastion I, or simply Ocean Bastion I (Silver) came to the surface.