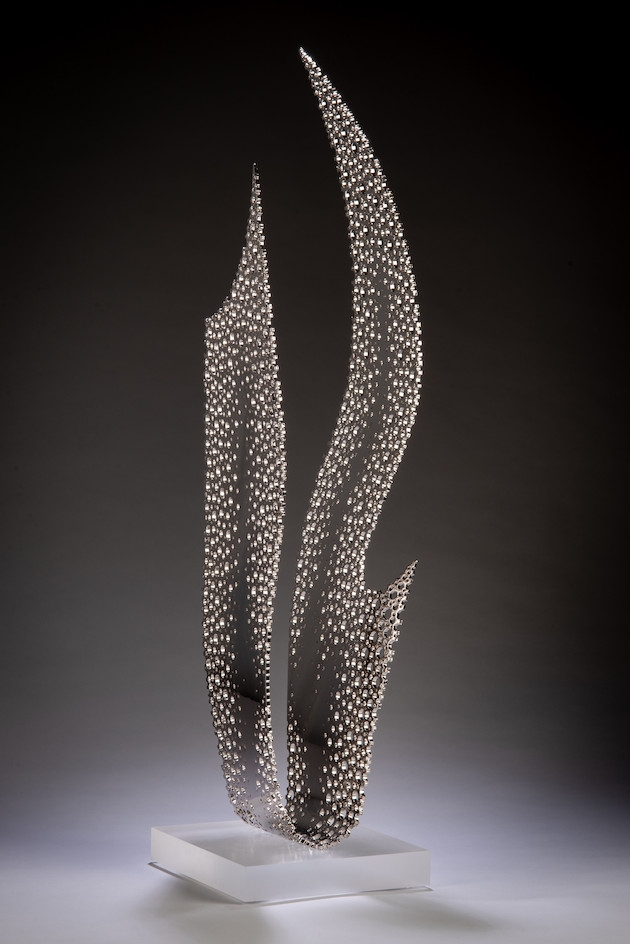 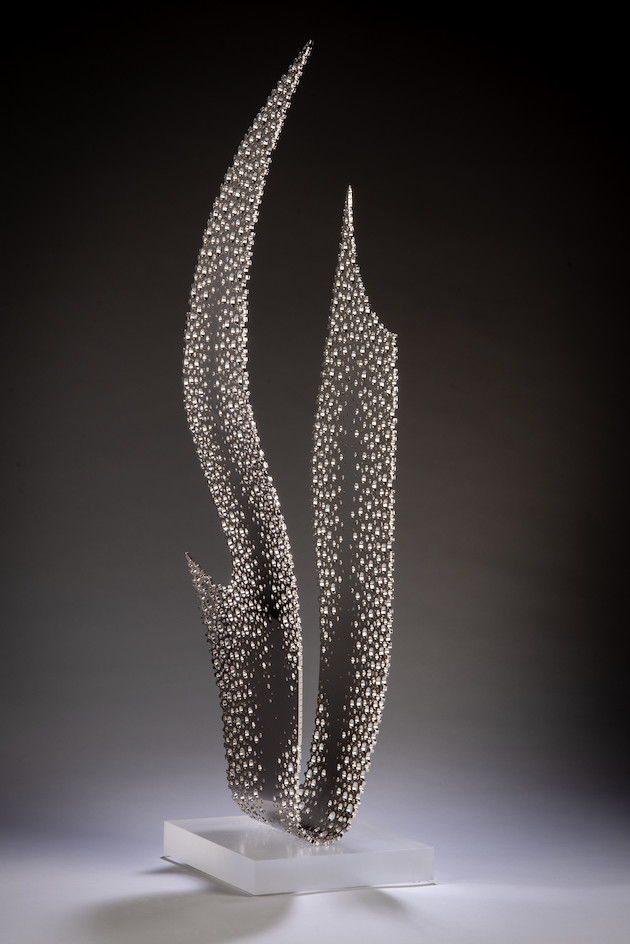 Ice Flame was actually inspired by certain plants seen while in alpine ecosystems with a frosty dew coating them in the mornings. In the end the sculpture took on its flame-like look so an intended plant-based name for the piece became 'fire'.

This is one of two sculptures that were created concurrently in two phases spanning over a year. It was drilled and cut and remained flat for many months while I contemplated exactly how to bend and twist it. I completed that later phase after several months of pondering and studying the flat piece. From there it was finished fairly quickly.