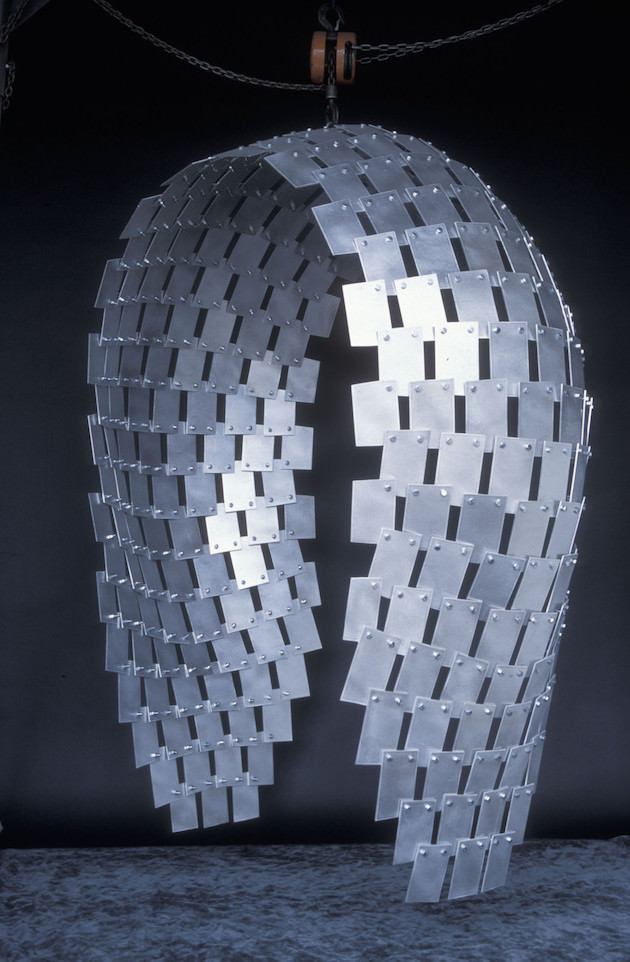 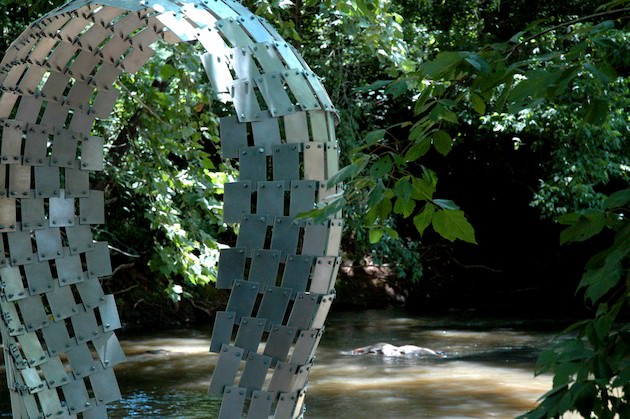 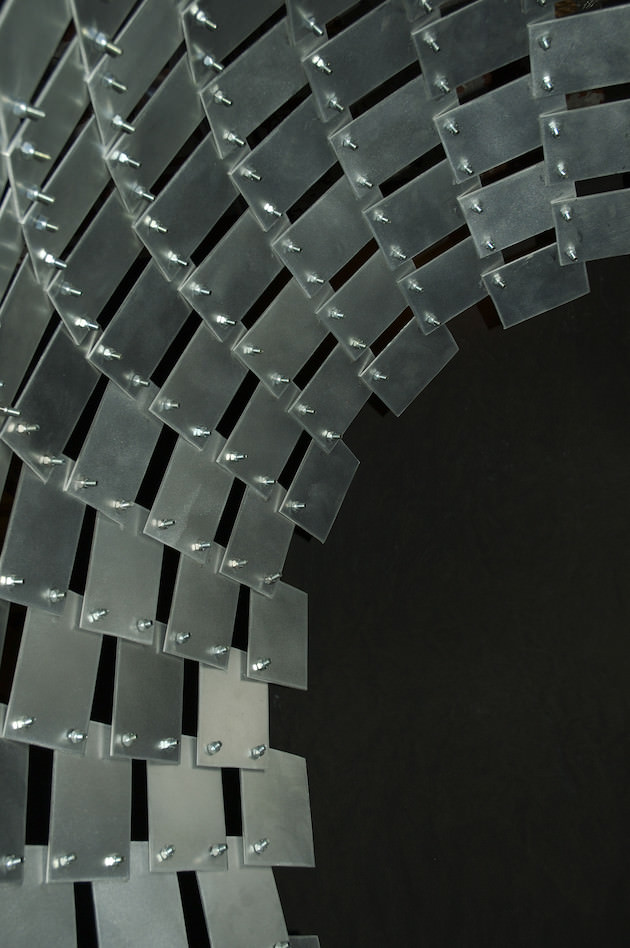 WEEPING PHOENIX was not intended to be a hanging work. It was intended to be a freestanding, circular expression of rising, falling, repeating, serpentine tangents ascending away and descending towards each other. It is a shape that still lives in my dreams.

After well over two hundred hours of work on both an intricate, sensual, and rather industrial-looking base, and the piecing together of over 200 aluminum rhombuses, I realized that the âgestureâ, as it appeared to me, was not evolving. In an undoubtedly intense and passionate manner, I toppled the piece and walked away from it.

I returned to the piece the next day and attached a 5/16-inch eye bolt to the one true rectangle at the nexus of the work, inverted the sculpture and raised it with a gantry to a height of ten feet. What I saw was so lovely to me that I left it hanging as it was for several days and went running in the forests and hills to think about it.

I guess every artist has his or her phoenix. I consider this one mine. As its original concept and form died, my heart was breaking for other personal reasons. When I was somehow able to make beauty arise from ruin, the feeling was rather strange. I do wish I could find the words.

By the nature of its design, WEEPING PHOENIX can take on a variety of forms. Its shape and feeling can be modified by the addition and subtraction of plates and by the tightening and loosening of bolts. Its current construction consists of 256 roughly 4"x6" aluminum plates, approximately 500 1/4-inch tap bolts, and one 5/16-inch eye bolt. Its total weight is less than 100 pounds.