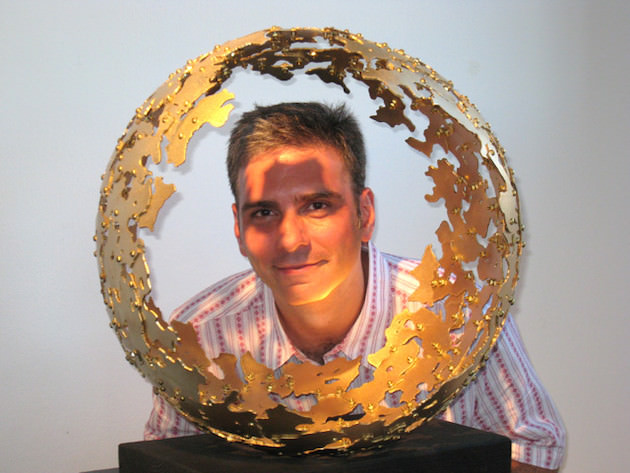 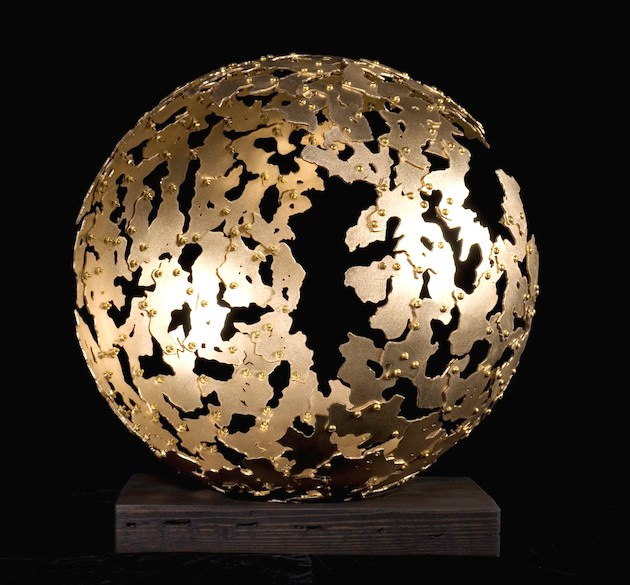 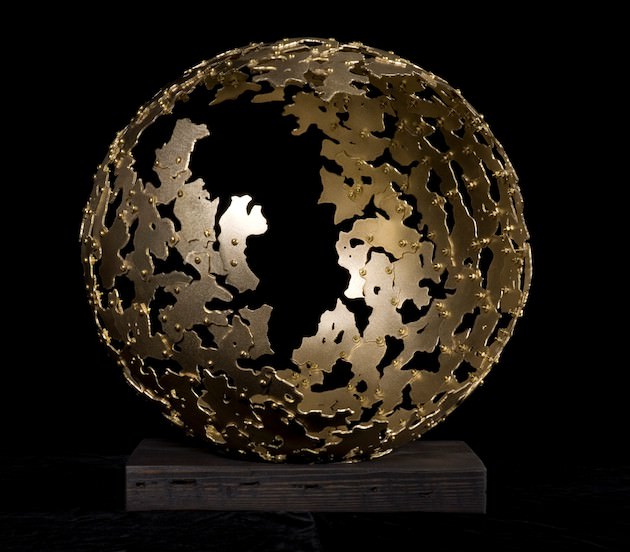 About A Forgotten Place

A FORGOTTEN PLACE is a piece I made in the final days of preparation for a gallery show. I was pretty much exhausted from working like a madman on several new sculptures and at my engineering job, but I had it in my head that I needed to make one more small piece for the show. My original intention was to create a shallow bowl or dish in the same style as my piece THE CRUCIBLE, only much simpler. I began work on this piece with the intention to make a simple, shallow curve and leave it at that.

Once I was well into the creation process, I found I could not stop making the curve and kept going and going â not sleeping much in the process. In the end, I connected the ends of the arc to create the hoop, or sphere. I built the edges out, all the while feeling the pull of the sculpture. It pretty much took on a life of its own. During the process, I was either obsessed or possessed - take your pick.

A FORGOTTEN PLACE was cold forged on a curved anvil. Each piece was torch cut and polished before forging. All forging was done between two sheets of cloth so as not to scar the surfaces in the process. Each of the fragments are bolted together with #8 brass slotted bolts.