What the Shifting Sands Reveal 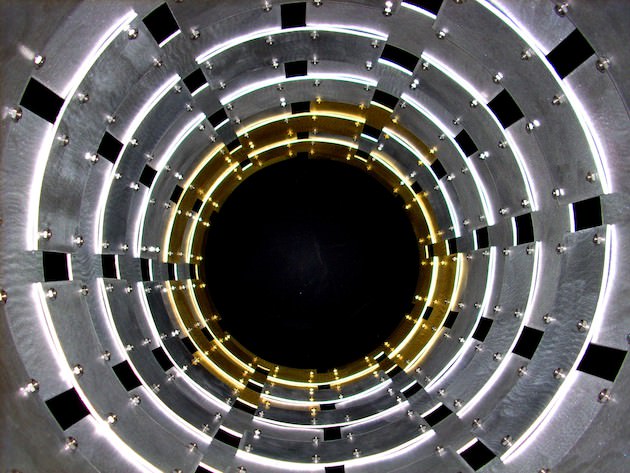 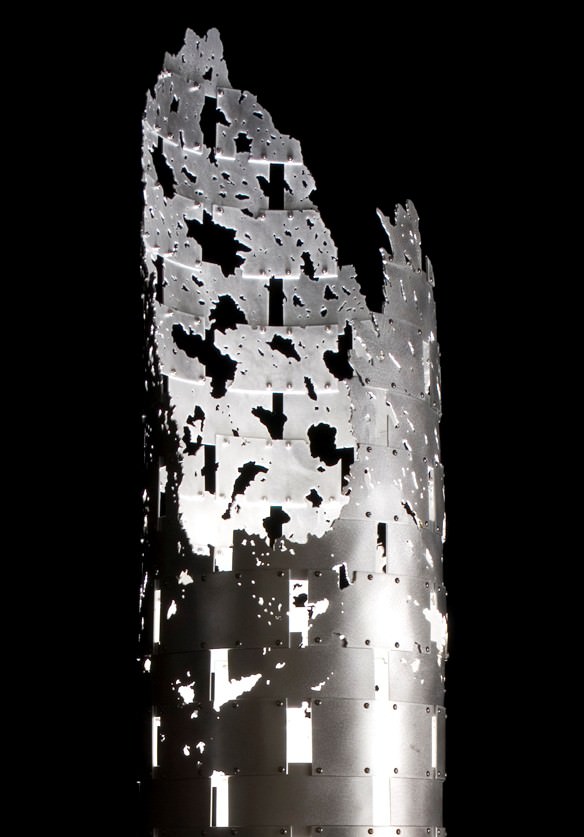 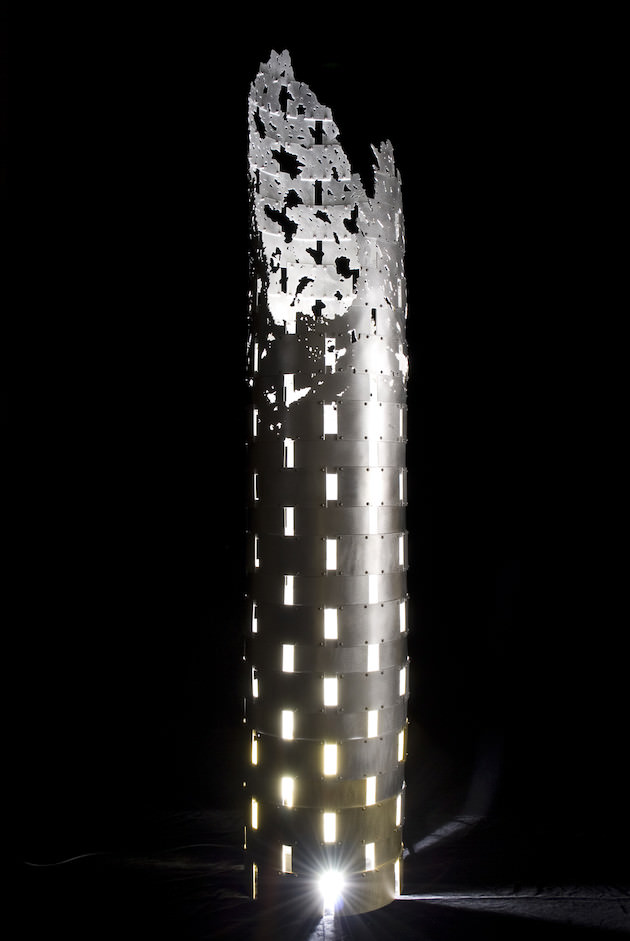 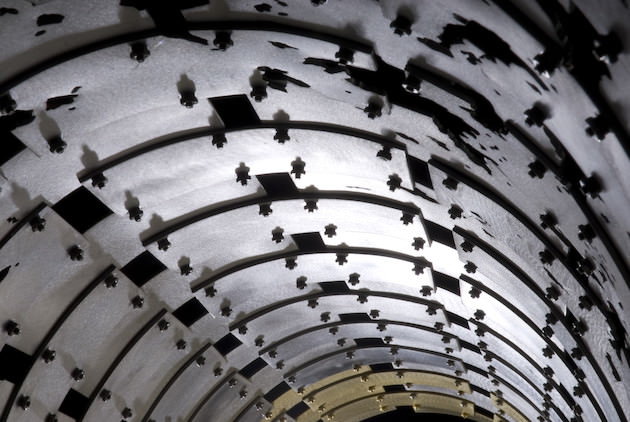 About What the Shifting Sands Reveal

WHAT THE SHIFTING SANDS REVEAL is essentially a tower made of a few hundred aluminum and brass plates. I have not yet counted them. When I am bored one evening, I am sure I will do so. Then I will count the bolts, and then sheep.

The âtowerâ is 7â-6â tall with the heavier, brass elements at the base to place the center of gravity as low as possible - I canât have this falling on anyone. Each individual plate was first cut, shaped, often re-cut, and then sanded before being cold-forged into its arc and bolted into place. The bolting process was not as elegant as one might assume - I quite literally had to wrestle with this sculpture.

The inspiration for this work lies more in the structural than the organic realm, although the succumbing of the man-made, or structural, to the natural is certainly the energetic theme for the work. Because of this work, I now get to say things like, "Playing with the existential ideas of decay and order is a hobby of mine." Doesnât that sound just dandy?

The title is inspired both by romantic reality and romantic fiction. The sculpture conjures images of architectural elements buried for eons and then revealed. The technical aspects of its rather non-ancient construction betray that idea, however. I am rather fond of this contrast. The romantic and bizarre musings of author H.P. Lovecraft worked their way into my thoughts during construction of this work. He often wrote of architectural surprises of odd and unspeakable character revealed and uncovered, often by shifting sands.