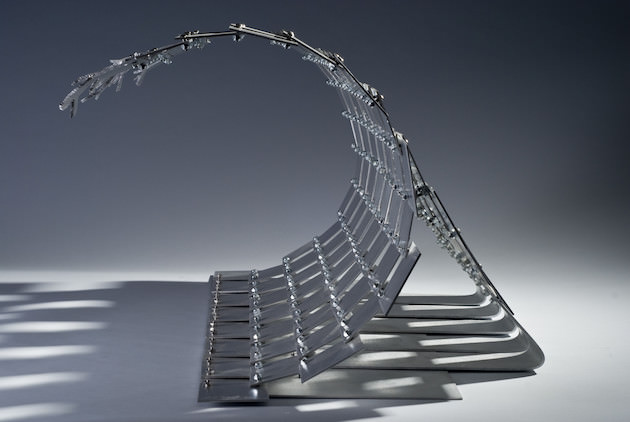 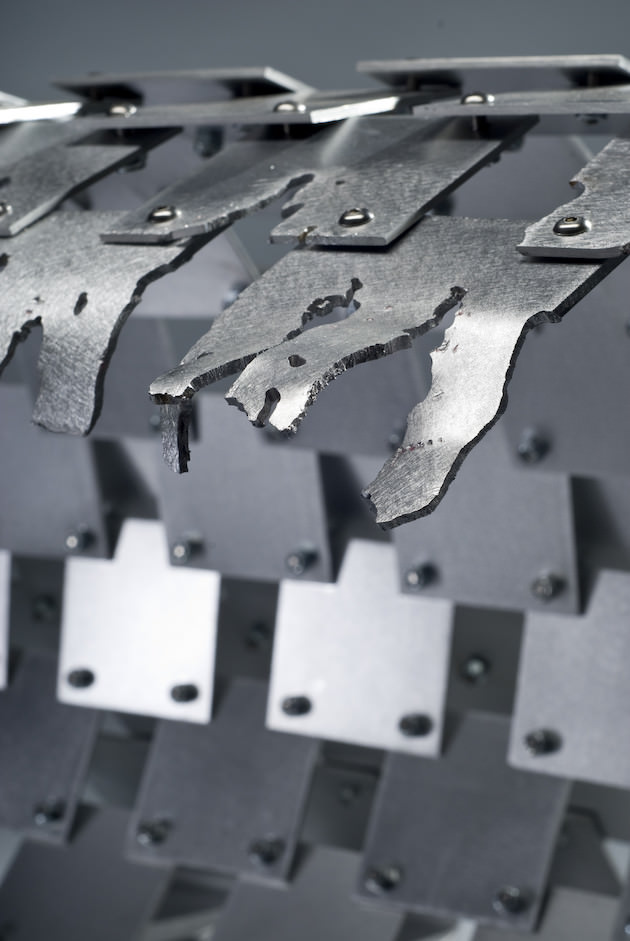 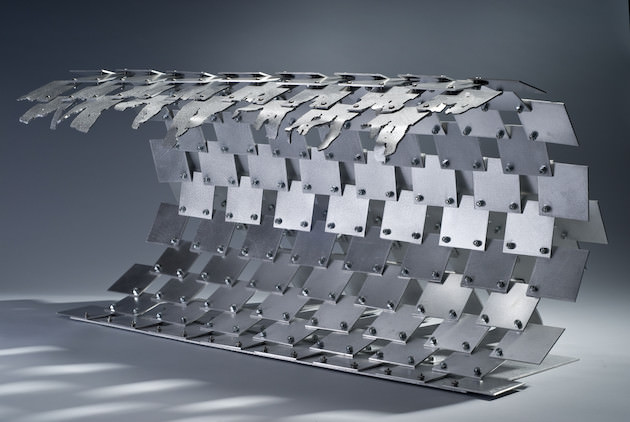 THE WAVE was made primarily because my sculpture THRUST is often referred to as 'The Wave'. Perhaps I should have called it that, but before I had a chance to change its name, it was reviewed in a regional newspaper (a favorable review). After that, I felt that my window of opportunity to change the name was no longer open. That being the case, I wanted to create a new piece and call it THE WAVE.

THE WAVE is made of aluminum plates used as tangent lines.