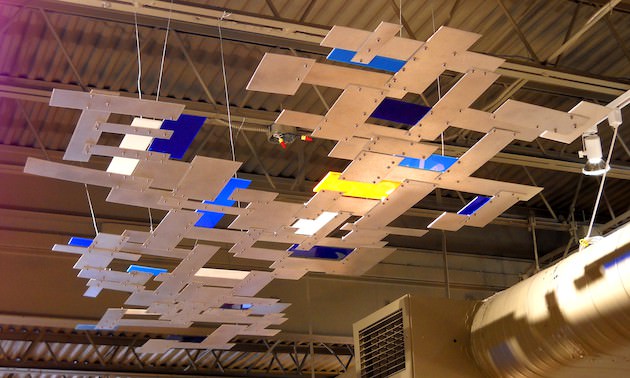 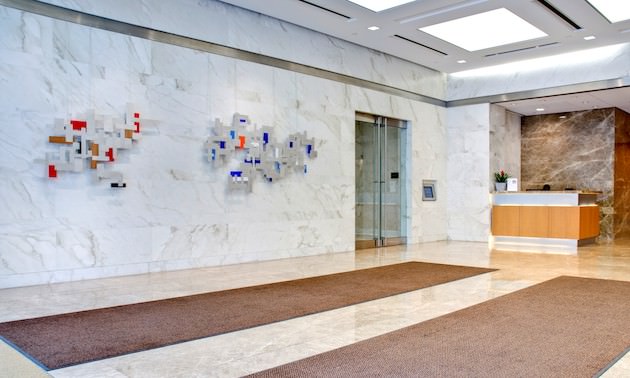 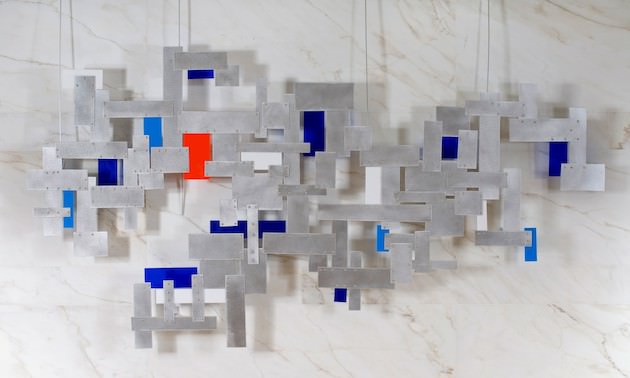 GEOMETRIC CANOPY #1 was the first in what would become a series of ceiling-hung sculptural canopies with rigid, angular, geometric patterns as their inspiration. The first canopy-type sculpture I made in 2004 was a rectangular aluminum matrix similar to much of the work I was creating at that time, but I did not see that piece as I see this newer series of canopies. In 2009 I created what I see as my first 'true' canopy. I used irregular, more overtly organic and non-linear shapes. I loved that canopy and it caused me to consider flat, suspended artworks with intensity.

In the summer of 2009 I was asked to display my work at the Design Within Reach studio in Georgetown, Washington, DC. I decided that I would create a work for an artist's talk that I would give towards the end of the show, and I would not begin that sculpture until after the show was installed. I wanted the sculpture to be very new, and to be inspired while the DWR show was underway. With my original organic ceiling sculpture already installed as part of that show, I decided to create a second, contrasting ceiling work. Thus, this first 'Geometric Canopy' was made.

GEOMETRIC CANOPY #1 is made of aluminum and colored Plexiglas. All of the shapes are rectangular and are bolted together. The Plexiglas was chosen to add color that would appear to glow when light shined through it. Because the material used in this sculpture is extremely light, weighing less than 20 pounds, it is easily hung.

As can be seen in some of the photos on this page, it looks nice on a wall, as well.