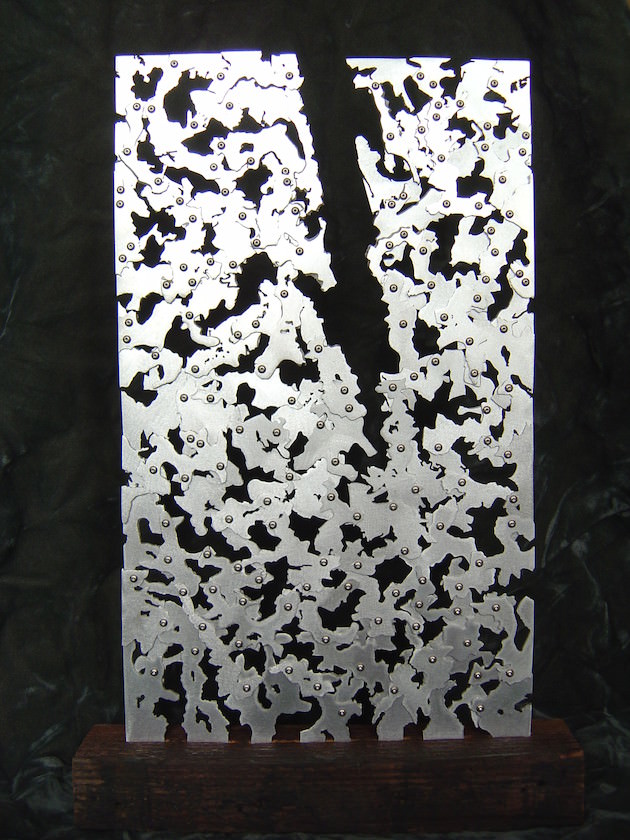 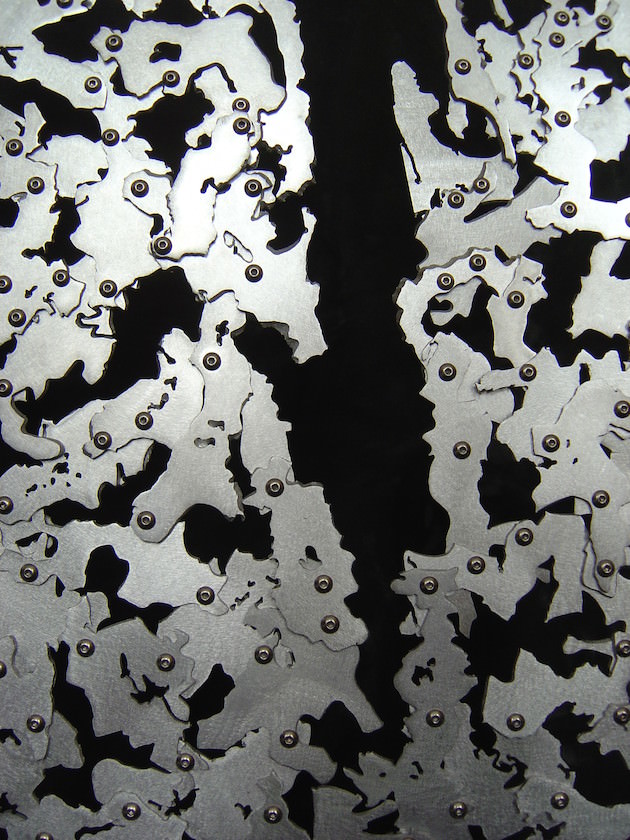 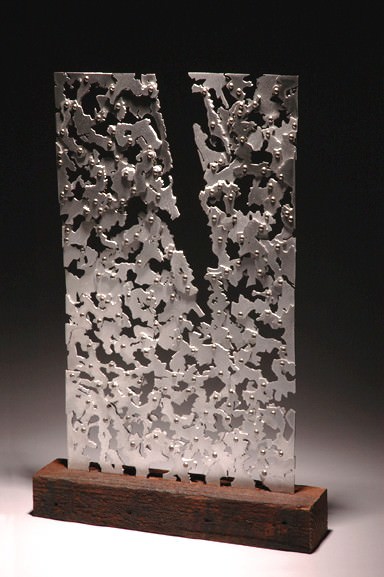 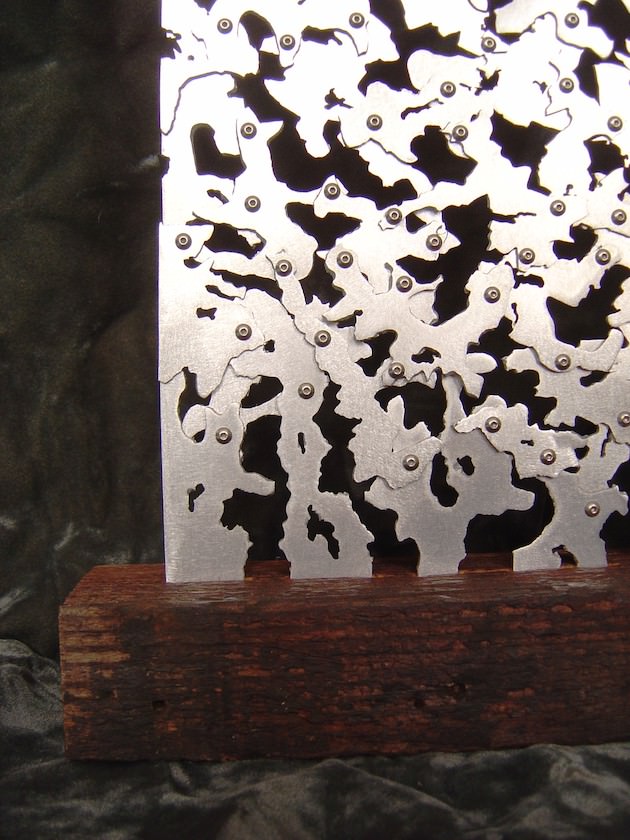 RIFT was the original upright, distressed, flat, wall-type work begun after I completed THE CRUCIBLE. I temporarily halted its construction to make FOREST DREAM because I was feeling that I wanted to go in a different direction. I certainly wanted to complete RIFT, but I just needed to break from it and to go off on a slight tangent. The pause produced FOREST DREAM and also put the âriftâ into RIFT. That is, before the pause, the piece was intended to be a solid, rectangular form without the slice in it.

As with FOREST DREAM, much of the initial imagery in RIFT comes from the forest and trees. As I worked on this piece, the sea began to play on my mind more and more. FOREST DREAM resembles coral and, while working on RIFT, I was consumed with the idea of deep ocean trenches, as well as the separation through gulfs, rifts and rips. Separation and mystery became a great part of this work for me.

This work is made of distressed aluminum and old growth timber salvaged from a historic home in Washington, DC.